Taylor
The Brewer Family was a fictional family on ABC General Hospital. They were an original family that began appearing in 1963. The family died off when their last remaining member, Phil's wife Jessie Brewer, died in 1991. 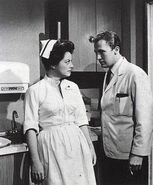 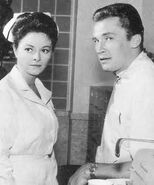 Jessie and Phil
Community content is available under CC-BY-SA unless otherwise noted.
Advertisement