In 2013, The Floating Rib was host to Mac and Felicia's party and wedding with Karaoke performed by Mac, Kevin Collins,Maxie Jones, Lulu Spencer, Dante Falconeri and Lisa Obrecht. The wedding itself was later crashed by Richard Simmons. 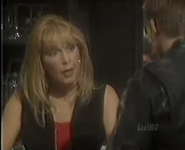 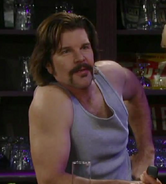 Current Manager Mac Scorpio serves at the Floating Rib (2012).
Add a photo to this gallery

Retrieved from "https://general-hospital.fandom.com/wiki/The_Floating_Rib?oldid=57253"
Community content is available under CC-BY-SA unless otherwise noted.