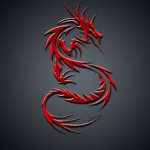 I am 22-year old male and currently going to college for an accounting degree.  I watch GH on air when I can or catch it on youtube (and now on Hulu/ABC.com since Disney is cracking down) when I miss it.  My sister was into General Hospital and One Life to Live and gotten me into it.

I enjoyed these pairings of

I don't think all this will happen, but it would be strange if everything pans out

Other pages of Interest

Retrieved from "https://general-hospital.fandom.com/wiki/User:Maplechild91?oldid=59543"
Community content is available under CC-BY-SA unless otherwise noted.